The Royal Television Society announced it's nominations on March 8th for it's annual television awards and Gordon was nominated in the presenter category for his successful Studio Ramsay-produced ITV show Gordon Ramsay On Cocaine. Gordon's category includes last year's winner Grayson Perry from Channel 4 as well as Anita Rani of BBC One.

This is the first award nomination for Studio Ramsay's groundbreaking documentary that aired on ITV in October and Gordon's first RTS nomination. Gordon Ramsay on Cocaine gave the British public an eye-opening insight into the cocaine trade in the U.K as well as South America and saw Gordon investigate how the drug has such an impact on the British public.

The awards will be handed out on March 20th at the Grosvenor House Hotel in London. 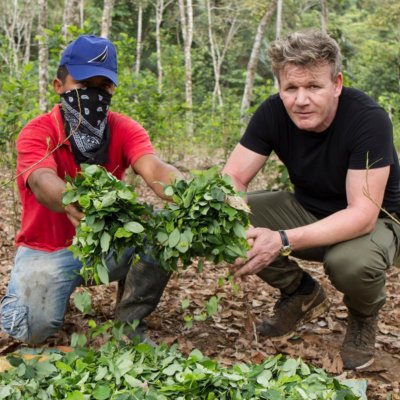